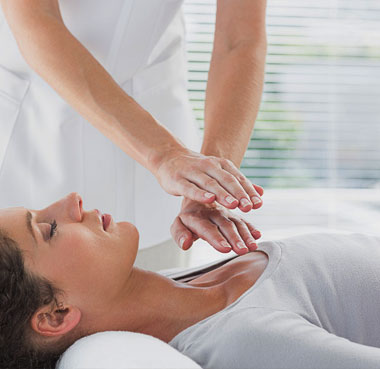 I had been in a car accident nearly a year prior to being referred to Ila Barlean. Within the years’ time, I had seen a chiropractor, a physical therapist for the previous three months, and your basic massage practitioner for 10 sessions.

Prior to the accident, I was an avid golfer, swimmer, and hiker, but soon after I was bedridden with severe muscle spasms for nearly six months. I received three injections to relieve the back pain, which reduced the pain level to about a seven out of ten. I was looking at the real possibility of having chronic pain for the rest of my life, yet alone missing doing the things I loved to do. After a brief consult, Ila went to a source that I had never considered, (nor had any other practitioner), focusing on my feet, legs and hips, and surprisingly not directly on my lower back (my 4-6th vertebrae that were pinching a nerve), the relief was instantaneous, and continued the following days. I had lost a lot of hope with the “band-aids” other medical practitioners used that failed, but this was amazing.

The next day after just one treatment, I was back to golfing, and three days later I swam 1.5 miles. Getting in and especially out of a pool was a lot of work and very painful before the session with Ila. This meant the world to me.<

I can’t thank Ila enough for her patience, and skills that truly make her an amazing body worker, and lifesaver.

Testimonial from a 65-year-old with prostate pain from BPH.

I have recently started massage therapy at TEM (Tao Energy Movement). The massages have proved very beneficial in taming the pain and I’m actually feeling like some vitality is seeping back into my body.

Have had four massages now, each one different from the last, its as if one problem area is being worked on at a time or what can be fixed in one session.

At the last massage she worked on my breathing and can actually breathe better now, one lung being paralyzed from heart surgery.

If you’re an old guy like me and your prostate is giving you hell you well want to d what I did and treat yourself to at least a few massages at TEM.

It may your best bet to see if your health can be improved, I’m feeling much better thanks to Ila at TEM.